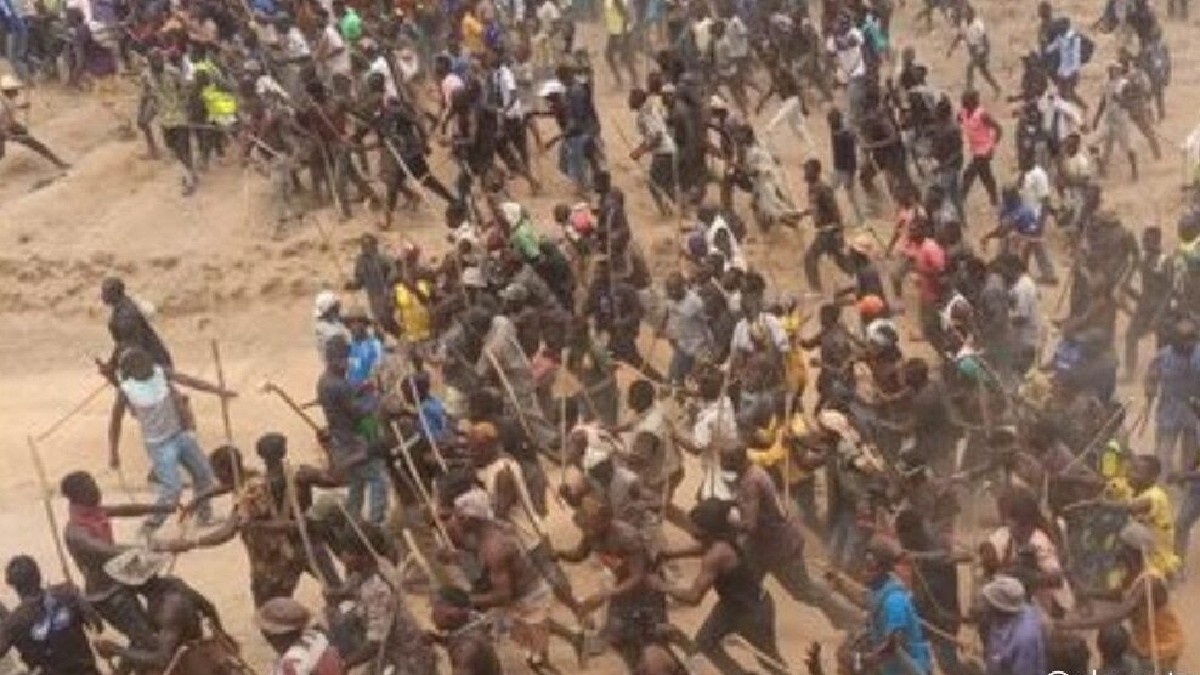 A photo from the festival on Saturday [ Source Shuntv]

Gunmen suspected to be Fulani militias may have killed 12 people and injured 28 others in Plateau State’s Chando Zerreci community, Bassa Local Government Area.

According to reports, the incident occurred while the people of the state’s Irigwe ethnic nationality were celebrating ‘Zerreci,’ an annual festival meant to usher in the rainy/farming season.

Micheal Danjuma, a member of the community who escaped the whisker attack, revealed that it occurred on Saturday, April 2, at around 11:45 p.m.

Micheal Danjuma, a member of the community who escaped the whisker attack, revealed that it occurred on Saturday, April 2, at around 11:45 p.m.

He went on to say that ten people were initially killed, and that two more were killed on the festival grounds.

“12 people were gunned down instantly while 28 others sustained a gunshot wound and now receiving treatments at various hospitals in Jos,” the survivor said.

“Early this morning Sunday they also attacked our people at Ritivo while observing the traditional and cultural festival and two persons have been confirmed killed with others wounded as a result of bullet injury.

“In total,12 people have been killed while about 28 people have sustained varying degrees of injuries. At the time of compiling this report, searching for victims is still on, that is to say, the report can be updated in case of any incoming information,” the statement disclosed.

The attack, it was added, was a coordinated one carried out by the marauders, who targeted locations where the Rigwe people usually observed their cultural ritual.